A gravestone tells the story of someone who died many years ago. If you have lost someone you love and would like honor, a gravestone is the best starting point. It keeps the dead person alive, and future generations can learn about it through the headstone.

During the stone-age, people used to place headstones on graves to prevent the dead from rising and tormenting the living. But with time, they started using smaller rocks to hold the deceased down.

In the 18th century, almost every grave had a gravestone. They had both a footstone and a headstone that demarcated the graves. It kept people away from walking on the graves because it was considered bad luck and unfortunate. Besides, it prevented accidental excavation or graveyard overcrowding.

Unlike the traditional gravestone, modern gravestones are simple. They are primarily upright and eye-catching with encryptions and engravings. They are created to honor the dead person and preserve their memories. They vary according to a cemetery’s rules because most of them regulate gravestones. However, they will tell you the shape, colors, designs, and sometimes material that you can use.

If you want to make a gravestone that will reflect the life of your loved one, start by choosing a graveyard that allows your religious beliefs or cultural practices. It becomes easier to know what headstone you can make by going against the laws. 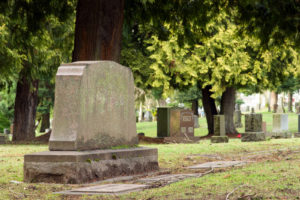